skip to main | skip to sidebar

Hello and welcome to My Calc Rental blog website, we're glad you found us. We help students rent calcs either locally through one of our reps or by mail. We hope we can help you in any of your calc needs. Please feel free to visit our website too at www.mycalcrental.com
No comments: 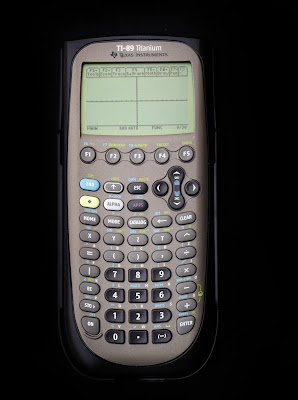 This is the mother of all graphing calculators and a must for engineering majors. This is TI's most sophisticated calculator, with such features as 3D graphing, upgradable flash ROM, built-in assembly language programming, and a generous amount of user-available memory. It now includes a mini USB port. The TI-89 Titanium lets you perform the expected functions of an advanced model--basic math, algebra, calculus, graphs, matrices, and statistical functions--and do cool stuff like creating animations, graphing 3-D rotations, and plotting contours. 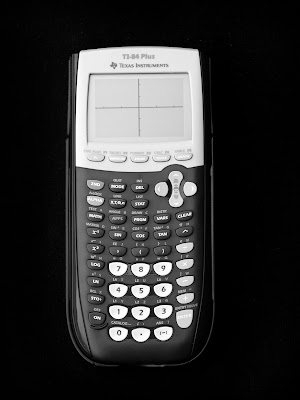 This calc handles calculus, engineering, trigonometric, and financial functions. With the TI-84, you can view an equation, its graph, and the coordinates all at one time. Jump from point to point by entering a number. Several useful plot types are available, including scatter, box-and-whisker, XY-line, histogram, and normal probability plots.

Advanced statistics and regression analysis, graphical analysis, and data analysis are readily accessed, along with features for calculus, engineering, financial, logarithm, trigonometry, and hyperbolic functions--all crucial tools for advanced analysis. With its clear display and fast processing, the calculator incorporates graphing tools for mathematics and science course work, including statistics and finance.
No comments: 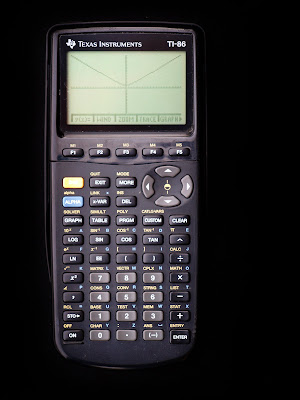 For students of college mathematics (Calculus), engineering, and science, this is a great calc. The TI-86 includes a function evaluation table, deep entry recall, seven different graph styles with multiple line and shading options, and slope and direction fields for differential equations. 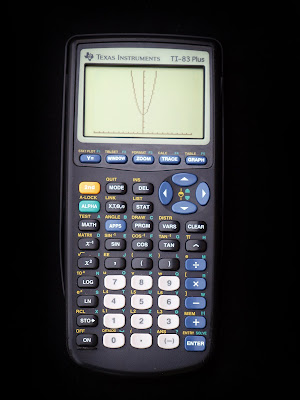 This calc handles calculus, engineering, trigonometric, and financial functions. The 83 plus is more of a beginner calc for students in math or science classes.
1 comment:
Home
Subscribe to: Posts (Atom)

We started renting calculators to our local university students, but found many students all over the United States are facing the same problem; having no money but yet expected to buy expensive graphing calculators for school.

We provide the solution for those students that may only need a calculator for a short time and don't want the burden of spending so much. Let us help you make your education more affordable. Thanks, the My Calc Rental staff.

Here is the Plan

The Plan: Tell us how long you will need it and we'll ship it out just as soon as we finish up getting you into our computer. Visit our website at www.mycalcrental.com.

How to Pay: Paypal, credit or debit card are the best ways. We will take out the rental plus the deposit(mentioned in Price). For those on a monthly rental, the rental amount will be withdrawn on the same day of every month.

Price: Pretty simple really, it starts at $8 a month depending on which calculator you need. To make sure that both of us are covered we will need to collect an $60* deposit, that is refunded back when we get the calculator. We aim to keep it cheap and help you just focus on your grades.

Shipping: Please allow 3 to 5 days for shipping. All calcs are shipped out first class on a first come first serve basis. Please account for a $4.99 shipping fee to allow us to get it to you quickly, which also includes signature confirmation.


Misc: All calcs must be returned in the exact condition as received. For any lost, stolen, or damaged calcs, the deposit will be kept in place of the calc.

*Deposit can change depending on initial cost of calculator.

Call us up...we're ready to talk to you. Don't forget we have our email address and we'd love to hear from you either way.

Talk to you soon.

Question: So, what if I want to keep the calculator longer than one semester?

Answer: Honestly, you can keep it as long as you want, what we find is that most people will only need it for one or two semesters. Those wishing to hold on to it longer, for a month to another semester can do that too. Just let us know.

Sending your Calc Back

Thanks, we appreciate you supporting us.